Lexi and Griffin had their first Upward basketball games of the season (and their lives) yesterday.  Griffin started out a little tentative.  You could see his mind trying to process everything.  He did a great job hustling up and down the court, and moved his feet in a defensive slide like a pro.  While dribbling was sometimes optional, he did get a couple of shots off and also had an assist.  He finished the game with a smile on his face.  Lexi had a better understanding of what a basketball game entailed, so she was quicker in picking things up.  She played tenacious defense, and had a lot of enthusiasm.  She was able to shoot a few times and even got a steal.  She also was awarded the Christ-like star for the game. 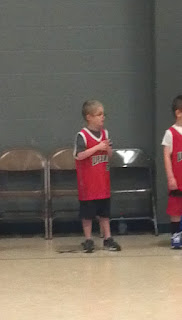 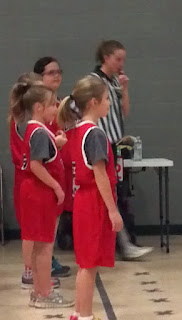