Upward Update, and such

Griffin has kept his made basket streak going, as he hit one last week and this week.  Today's shot was a nice bank shot from a couple of feet away, on a putback of a teammate's miss.

Lexi's team keeps winning.  She is getting shots off, but they aren't going in yet.  She has learned how to set a great screen.  She has also done a nice job of running the point when it has been her turn.

Cami and Lexi also participated in the Softball Clinic held at the high school.  They practiced fielding, throwing, sliding, and hitting.  They are gearing up for softball, which should start in about a month.

Finally, Cami is starting a round of gymnastics this week, since she didn't do basketball or cheerleading this winter.

Two more weeks of Upward!
Posted by Scott at 6:35 PM No comments:

Nate’s new apartment building is full of mysteries.  Each room has a very different floor plan.  One door has no handle.  One is locked with four padlocks.  The elevator hasn’t worked in forever.  One has had multiple suicides.  Because he hates his job and is intrigued by these irregularities, Nate decides to get to the bottom of things.  With the help of his neighbors, he begins to discover things aren’t what they seem.
This is the set-up for 14 by Peter Clines, a book that has been compared to the mysteries of the tv show Lost. While I wouldn’t go that far, I will say that there was a steady build of tension throughout the novel.  Nate was a good main character, and was well written.  His neighbors were a great supporting cast, referring to themselves as characters from Scooby-Doo.  The various mysteries about the apartments and the Kavach building itself were enough of a hook to keep me interested and wanting to know what was next.  The payoff was satisfying, and I felt like the story was resolved. To say more would chance spoiling the reveals.
This is the second book by Clines that I’ve read and I really enjoy his writing style.  His chapters read rather quickly and move the plot along.  There are not many slow moments, although there are quiet moments which add to the plot.  He also writes good, believable dialogue.
I’m not sure how to classify this book.  It’s not really sci-fi, and it doesn’t really feel like horror to me, although that is probably where it fits best.  I would recommend this to fans who like their mysteries with a little creepiness, and to fans of H.P. Lovecraft.
I received a review copy of this book from the publisher and Netgalley in exchange for an honest review.
Posted by Scott at 5:09 PM No comments:

The Lives of Tao by Wesley Chu - Book Review

When Tao's host is killed thanks to a betrayal, he is forced to find a new one and fast.  Tao (a Prophus, an extremely long-lived alien species) attaches himself to Roen, an early-thirties out-of-shape IT guy.  As Tao reveals himself to Roen, he begins to explain the bigger picture: how the Prophus and Genjix (the alien factions) have been using humans to help them return to their home planet.  Roen's life begins to change as he joins the fight to save the Prophus and return them home.

I really enjoyed this story.  It was entertaining and fun.  The interaction between Tao and Roen reminded me of some of the great odd couple pairings.  I found myself wanting to know more of the secret history of the Prophus and the Genjix, and Chu did a nice job of weaving in some background at the beginning of the chapters.  Supporting characters Sonya, the attractive spy in charge of Roen's training; Jill, the co-worker Roen crushes on; and Antonio, Roen's doctor roommate, add depth and charm to the story.  The ending provides resolution to this book, while nicely setting up a possible series.

I would highly recommend this book to fans who like their espionage tinged with sci-fi, or vice-versa.

I received a copy of this book from Netgalley and Angry Robot Books.
Posted by Scott at 4:57 PM No comments: 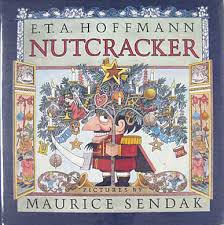 Maurice Sendak (illustrations) and Ralph Manheim (translator) created this new edition of the children’s classic The Nutcracker.  It is a beautiful book.  The story is the original by E.T.A. Hoffman, which many people are familiar with (although it’s not my favorite).  What sets this edition apart is the beautiful artwork.  Maurice Sendak did a wonderful job bringing the strange and magical story of Marie, The Nutcracker, and the Mouse King to life.  There are multiple times where the artwork is a two page spread, with no text at all.  To be clear, this is not a children’s picture book.  Most of the pages are completely filled with text, not illustrations.  Additionally, the language is a little complex for children.  However, this would be a good book for parents to read to their kids.  It also would make a nice holiday coffee table book.
I received a review copy of this book through WaterBrook Multnomah’s Blogging for Books program in exchange for an honest review.
Posted by Scott at 5:17 PM No comments:

Last night, Trisha and I took the kids and Lexi's friend Katie to see  the Rock and Worship Roadshow, Mercy Me's traveling mega-tour with the $10 at the door ticket price.  We had a lot of fun.  The girls danced almost non-stop until they literally fell asleep during the last band.  Some family favorites included Luminate, Family Force 5, and Tedashii.  I highly recommend checking out this concert if it comes near you.  Enjoy the videos (sorry for the graininess; I recorded them on my Galaxy Tab).

The first video is Luminate - Welcome to Daylight

The second video is Rhett Walker Band - Come to the River 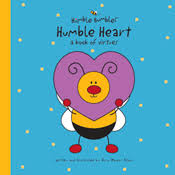 Humble Heart, by Amy Meyer Allen, is subtitled A Book of Virtues.  It is actually a collection of nine stories featuring various animal characters, each one spotlighting one virtue.  These include: humility, love, thoughtfulness, faithfulness, mercy, encouragement, comfort, courage, and joy.  The characters, Humble Honeybee for instance, are put in a situation where they can show or experience each virtue.  They then learn a lesson.  The end of each story poses a question to the reader, ie: Have you ever been too proud to ask for help?  The art is very cartoony, but fits the stories.

I enlisted my kids to help with the review, since they are more of the target audience.  Lexi (age almost-9) thought it was really good and had some really good virtues. Griffin (age 6) really liked the art. Cami (age 6) liked the story about thoughtfulness starring Caroline Cat.

Overall, I believe this book is good for kids pre-school age and younger.  It would make a nice addition to a church library or a home with young children.

I received a copy of this book from Tyndale House Publishers in exchange for an honest review.
Posted by Scott at 12:46 PM 1 comment:

The big news this week is that Griffin scored twice, and I got one of them on video.  Lexi's team won, and she did a nice job running the point and taking some shots, although none of them went in. Anyway, enjoy the videos.

The Unwritten Vol. 7: The Wound by Mike Carey - Book Review

The Unwritten appeared to begin as a Harry Potter meets the Real World type story.  Think Christopher Robin, the boy whom the Winnie the Pooh books were based on.  Wilson Taylor wrote a successful series of books about a boy based on his son, Tommy Taylor.  Throughout the course of the series, it becomes clear that the real Tom Taylor has some sort of magic and a cabal of evil men is out to get him.  Additionally, it seems that stories have power and the beast Leviathan must be confronted and defeated.  Volume 7, The Wound, deals with the Church of Tommy, which believes Tom Taylor is the "savior" (Tom himself believes it is garbage).  As Tom travels around the globe for speaking engagements, he is confronted with a deranged minister who is attempting to force Tom to "fulfill his destiny" and to add new converts, while killing some members through in a strange manner.  We are also shown Pauly Bruckner, the hitman turned rabbit, and the effects of "The Wave" in the world of fiction.

I love how this story continues to discuss the value of stories in our lives.  It is a very "meta" piece of writing, and causes the reader to think about how we interact with what we read, and the power that stories contain.  I thoroughly enjoy the story of Tommy Taylor on both levels and look forward to seeing how Mike Carey wraps the whole thing up sometime in the future.

I would highly recommend this to anyone who enjoys the power of story, and particularly to fans of Neil Gaiman's Sandman series (The Unwritten is the closest thing to that series that I've read).

I received a review copy of this book from Netgalley and the publisher in exchange for an honest review.
Posted by Scott at 5:36 PM No comments: 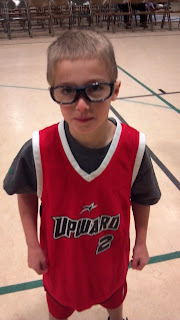 About a year and half ago I read the first book in the Ancient Earth Trilogy. It was pretty good and it had me looking forward to book to.  When I had the chance to review A Hero's Throne, I jumped at it.  I'm glad I did, but I have mixed feelings.

This book picks up eight years after the events of The Realms Thereunder.  Daniel and Freya are both trying to move on with their lives, but they are once again called to battle the forces of Gad in the underground city of Nidergeard, beneath Britain.  They are reunited with Alex and Ecgbryt, one of Easdstan's Sleeping Knights.  As before, Lawhead incorporates the ancient myths of the British Isles into the story of Daniel and Freya's quests.

The story concerns Daniel's growing confidence and willingness to fight and Freya's doubts about the legitimacy of what they are doing.  Alex and Ecgbryt are attempting to wake the other Sleeping Knights to assist in the freeing of Nidergeard, which has been invaded since the last book. In addition to these, we are given some insight, or at least glimpses, into why and how Ealdstan created Nidergeard and the Sleeping Knights.  Also, there are short episodes where children come into contact with the mythical creatures breaking through into our realm (giants, mermaids, trolls, etc.).

I liked the book, but not nearly as much as the first book.  The side stories were way more interesting than those of Daniel and Freya.  In fact, much of Daniel's story takes place in Elfland and references events that I had no knowledge of.  It seemed like there was another book or short story that I missed.  I also don't feel like A Hero's Throne advanced the overall story much at all.  It was not much of a "bridge" as is typical for the middle book of a trilogy.

I would still recommend this book, and will read the third when it comes out.  Just don't be disappointed when it doesn't match its predecessor.

A received a copy of this book as part of the Booksneeze program in exchange for an honest review.
Posted by Scott at 2:19 PM No comments: