Cami and Lexi have both had multiple softball games over the past several days.  Cami has continued to hit, although she is getting a little jumpy at the plate and is hitting off the tee again.  She is starting to swing with power now, though.  Also, on Monday she played 1st base and put two girls out, including one of her church friends.  She thought that was pretty cool. Lexi had her best game on Saturday, getting two hits, stealing bases, scoring once, and getting two RBIs.  Last night she played third base, and was ready to field anything hit to her.  It's a lot of fun watching my girls play ball. 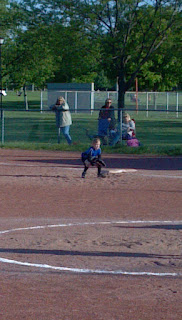 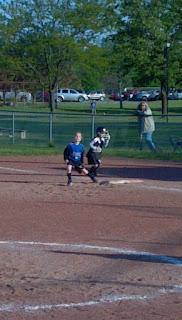 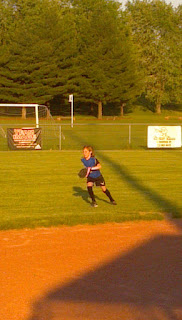 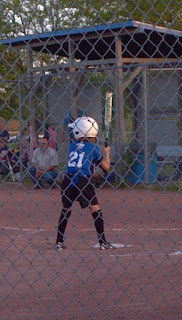