Graduation and the Start of Summer

Cami and Griffin officially graduated from Pre-School and will start Kindergarten in the fall. 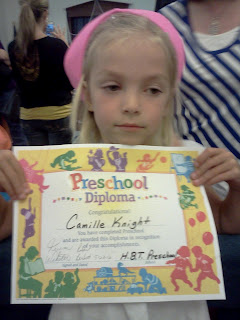 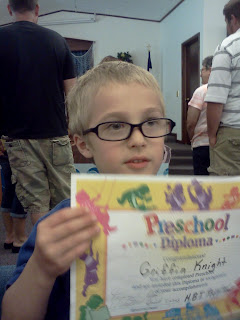 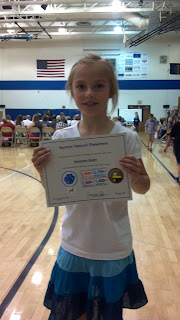 The girls had softball games, and continued the status quo; no big hits or spectacular plays this week.  Griffin had a make-up soccer game that neither Trisha nor I were able to attend (he went with his friend), so of course he scored a goal.  He was pretty excited.

We are well on our way into summer vacation and have already spent a bunch of time swimming at Tom and Donna's.  Griffin can touch the bottom when diving for toys, Cami swam the length of the pool, and Lexi acts like she was born in the water.
Posted by Scott at 8:42 AM