So, Griffin wrapped up his soccer season this past Saturday.  While he didn't score any goals, he did improve in passing and dribbling.  His coach did a really good job of coaching the kids up on spreading out and sharing the ball.  Unfortunately for Griffin, some of his teammates still struggled, always flocking to and fighting for the ball.  He is very proud of his soccer medal, though. 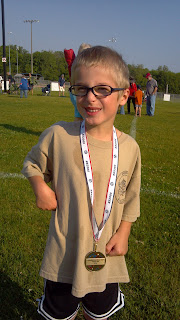 Cami had a game Saturday, and had her second hit.  She knocked it between 1st and 2nd base.  She also played tonight, and hit a couple more off the tee.  She hasn't really had a lot of action in the field lately. 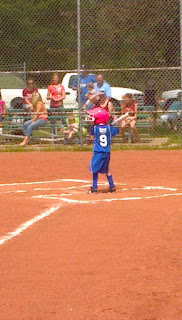 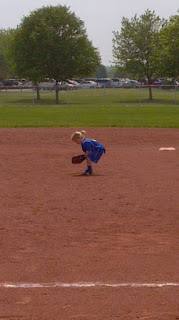 Lexi nearly had another hit on Saturday, going just foul.  Monday night she took a few good swings and didn't swing at any bad pitches, but went hitless.  Still, those two from last week might be good enough to keep her going. 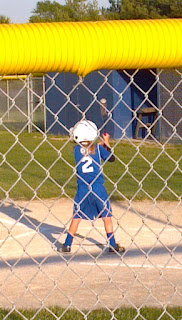